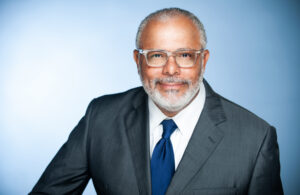 Founder & CEO of The ReWirement Project

In 1926, historian Carter G. Woodson emerged as the primary catalyst for the establishment of an annual time to educate people about Black history and culture. Each February is now officially known as Black History Month, serving as a reminder of African Americans’ legacy and contributions to society. The designation reminds us that Black history is also American history.

During the Watergate hearings in 1974, it was Barbara Jordan who seized the moment in the effort to impeach President Richard Nixon. Her powerful opening comments have always resonated with me:

“Mr. Chairman. Earlier today, we heard the beginning of the Preamble to the Constitution of the United States: “We, the people.” It’s a very eloquent beginning. But when that document was completed on the seventeenth of September in 1787, I was not included in that “We, the people.” I felt somehow for many years that George Washington and Alexander Hamilton just left me out by mistake. But through the process of amendment, interpretation, and court decision, I have finally been included in “We, the people.”

I share these two examples of Black history because history is not something that lives in the past. It lives in the present. We carry our history with us. It gives us reason to pause and celebrate people and institutions who’ve had a profound impact on our lives, our thoughts, our beliefs, our traditions. “We, the people” of AABLI are a major part of that historical continuum.

For many years, people of color were underrepresented and not even a consideration for the boardroom. “We, the people” possessed an exclusionary variable that had to be remedied by the establishment of organizations like the African American Board Leadership Institute (AABLI). In my view, “We, the people” suggests power to the people, all people. Yet, a seat at the table was long delayed.

Nearly eleven years ago, I was one of AABLI’s initial corporate sponsors. I passionately embraced its vision: to prepare and place African Americans on a broad range of governing boards. Virgil Roberts and Yvette Chappell-Ingram, AABLI’s co-founders, were convinced that boardrooms can be redirected to embrace transformation as a distinct, valued possibility–through the lens of Diversity, Equity, Accessibility and Inclusion (DEAI).

Virgil and Yvette recognized that the global nature of boardrooms, along with a changing demographic, is dramatically increasing our collective need to become culturally intelligent and flexible while embracing all the elements of DEAI initiatives. The success of DEAI in concept and practice is powered by the ability of each AABLI graduate to take a giant step in the evolution of boardroom governance. As our nation becomes more diverse, so must our boardrooms, at all levels of corporate and organizational structure. Changing demographics have shaped the nation’s past and will shape its future.

In the context of this reality, Virgil and Yvette envisioned Black people as proactive forces in the boardrooms of every “nonprofit” and “for profit” in Los Angeles and beyond. Through board development and preparation, they positioned us in the right place at the right time. AABLI has now become the primary resource for organizations in search of quality African American board candidates.

Changing the dialogue on board diversity allows these organizations to cast a wider net in order to recruit the best and the brightest as they establish a diverse candidate pool. As the primary portal for custom board matching, placement assistance and a dynamic alumni network, AABLI makes the recruitment process seamless and rewarding for candidates and organizations alike.

Having a voice at the table means that new possibilities will emerge. Boardrooms are, of course, still tilted to exclude women and people of color. However, things are changing. In fact, on September 30, 2020, California Governor Newsom signed Assembly Bill 979 into law requiring that the boards of publicly held companies headquartered in California each include one member who self-identifies as a woman or minority. Board inclusion is a key part of AABLI’s wider commitment to engage corporate responsibility. To that end, AABLI is a bridge which includes the core values of Leadership, Empowerment, Aspiration and Diversity.

“We, the people” of AABLI are capable of reframing the thinking of those who currently reside on boards, enabling them to see that significant changes are not only imperative but achievable. There is a certain nobility about a board seat; it allows its occupant to influence equitable distribution of economic and social resources, particularly for those who are overlooked, deprived and neglected. The sheer presence of AABLI alumni on governing boards has improved strategic decisions, the diverse allocations of resources, and the mapping of specific products and services to targeted communities. Leading at the speed of change, AABLI board members have and will continue to become the bearers of new possibilities.

During Black History Month, “We, the people” of AABLI must pause, reflect, unite and stand proud of our eleven year history. Our work in cultivating the growth of board representation will bear fruit for generations to come.

May the Angels guided by a higher power continue to bless all those who embrace the mission of AABLI.

Membership Does Have Its Privileges
August 25, 2021
Go to Top