He Made a Difference

On August 8th, I lost a confidant, friend and father, and the City of Los Angeles closed another chapter on its history of distinguished citizens. I have chosen to share my Dad’s story, in the hope that his life and legacy will inspire readers to give back by helping those less fortunate realize equity and inclusion, and by extending a supportive hand to future generations so that they may realize their dreams.

Elbert Hudson, “Al” as he was commonly known, moved with his family to Los Angeles from Shreveport, Louisiana, in 1923 at the age of three. One of six children, he attended Los Angeles public schools before graduating from U.C.L.A. 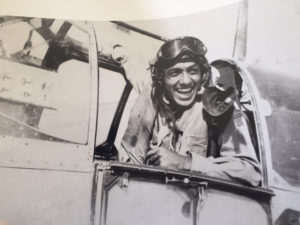 During WWII, Al enlisted in the Army Air Corps. At the time, the American military was segregated, so he received flight training at Tuskegee Army Air Field on the campus of Tuskegee University. The air field was designated for the training of Black airmen. After flight training, Al served as a fighter pilot with the highly decorated all Black Red Tails Squadrons, and flew 23 bomber escort missions over Italy.

After returning from the war, he worked in the L.A. County Probation Department and attended Loyola Law School at night, eventually leaving the Probation Department to attend law school full time. He married Marilyn Williams, the daughter of famed architect Paul R. Williams, and embarked on a journey of public and professional service.

Here are some of the milestones along his life path.

Al opened his private law practice in 1953, and over the course of his legal career, he represented many individuals, businesses and organizations in the Black community. He also mentored several young Black attorneys who worked in his office and who went on to become judges. In his later years, Al provided pro bono legal services to seniors at the Estelle Van Meter Multipurpose Center in South L.A. He was inducted into the Langston Bar Association Hall of Fame and was recognized as a Distinguished Alumnus by Loyola Law School.

In 1961, Al was appointed to the Los Angeles Police Commission. He was serving on the Commission during the Watts Rebellion in 1965 and played an important role in working with the Police Department to improve police-community relations. During his tenure on the Commission, Al became its first Black President. Former Police Chief Bernard Parks remembered Hudson as a trailblazer and role model.

Al’s public service also included serving on the County Human Relations Commission and as President of the Los Angeles Chapter of the NAACP. He was a vocal advocate for the human and civil rights of all, and especially for equity and inclusion of Blacks and the Black community.

In 1972, Al was hired as the President and CEO of Broadway Federal Savings & Loan, a bank founded by his father in 1947. He inherited a bank in financial turmoil and proceeded to manage Broadway’s turnaround and stabilize bank operations. Under the leadership of Al and his father, Broadway established itself as a bank of last resort for many first-time borrowers and people of color, and institutionalized Broadway’s commitment to community reinvestment. They infused Broadway with their core values of equitable treatment, inclusive behavior and policies, love of community and the obligation to give back.

Throughout his career, Hudson made himself available to mentor and counsel young adults. Frederick Terrell, a mentee, remembers Hudson this way: “It is all too rare when we meet people in whom wisdom, humanity, generosity, courage and pride are so seamlessly interwoven and so effortlessly displayed.”

Al was a modest man who rarely boasted about his accomplishments and who regularly shunned the spotlight. Few knew that he was a Tuskegee Airman or the first Black President of the Police Commission. He made listening a science and was often relied upon as a trusted confidant.

When asked what my father meant to me, I instinctively respond, “EVERYTHING,” because he influenced so many of my life decisions. On a subconscious level, I have spent my whole life following in my family’s larger than life footsteps. From becoming a lawyer, to being elected President of the L.A. NAACP, to public service as Chairman of the Community Redevelopment Agency, to my work as President & CEO of Broadway, to my disciplined exercise habits, I am following the example set by my father and his father before him.

One test of someone’s legacy is whether people seek to replicate the person’s values and life philosophies. Here’s what I learned from my father.

I wish you could have known him like I did.